The racer's form includes an option to define it as a team.

Once the team is enabled, you can use the team manager to manage the members. A new option is included in the context menu as well. 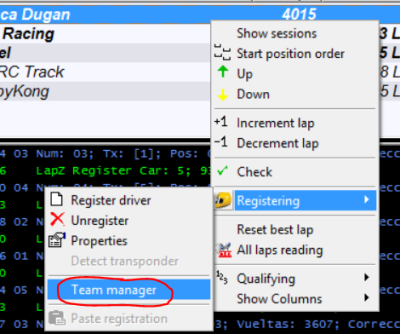 With the team manager you can add/edit/remove members from the team using the context menu. 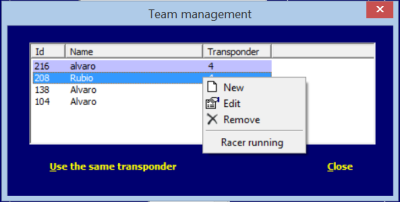 The transponder checking follows these rules: 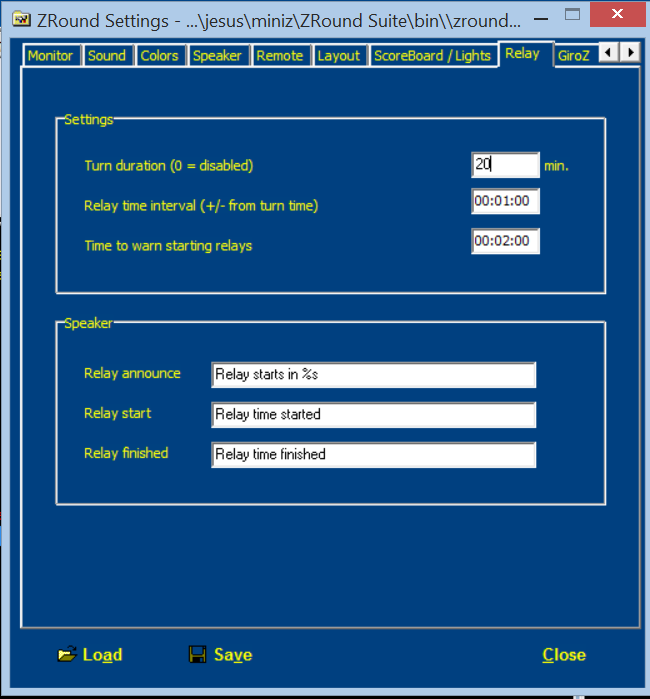 Teams must change racers every 20 minutes. The relay must be done from min. 19 to min. 21 (+/- 00:01:00). The system will announce the starting relay on min. 17 (two minutes before the relay time begins). The start/finish relay time will be announce too.

If a racer is running more than the turn time then it will be highlighted in red.

The car stopped will be shown with a red warning including the word “BOX” blinking. 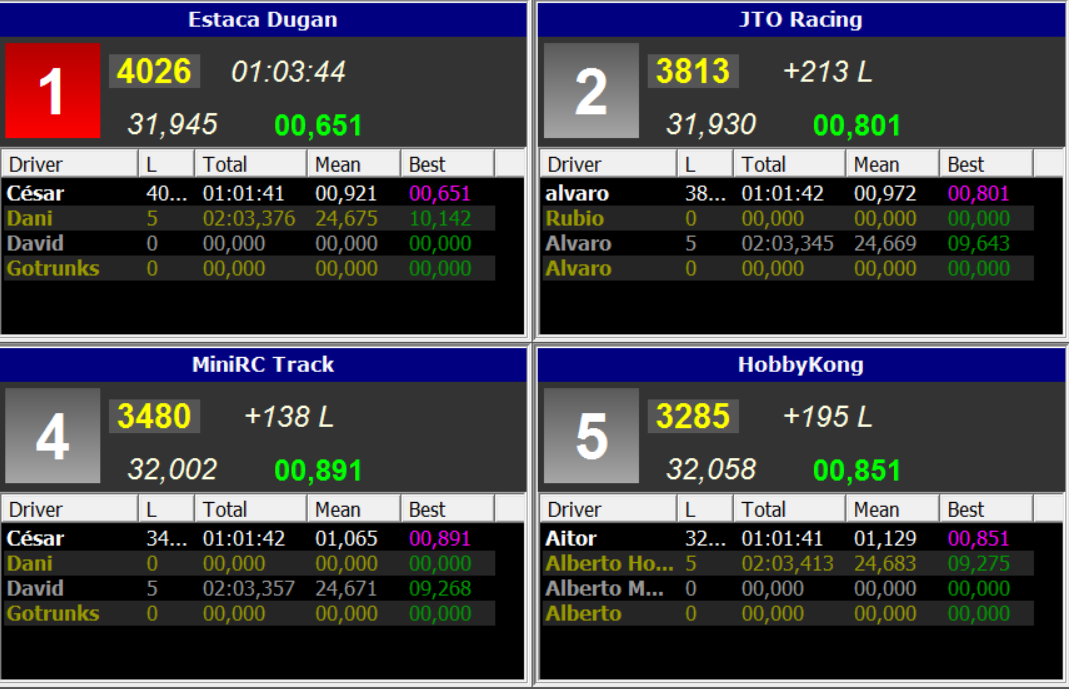